Major Snowstorm for the upper midwest

That's right! A snowstorm is on its way for Saturday and Sunday. Snowfall maps right now are really hard to predict so there will be a update around noon tomorrow that will be almost exact in amounts. The current prediction has gone up due to the latest 12z model runs for the NAM and GFS. There will be a large area of 12"-18" on the South Dakota Nebraska boarder, and a small band of  8"-12" going through Minnesota. There will be a sharp gradient which is the main reason this is so hard to predict, and the fact that it is going to start as rain and turn to snow. You may think "Why is the mainstream media weather prediction so much less?" They usually are less because they don't want the risk of over predicting snow (like in previous events) and getting lots of hate from people, they will tend to under predict the snow to stay safe. For example, in the Iowa snowstorm the mainstream weather stations predicted 6"-8" for the snowstorm while I said 12"-18" and in the end they got widespread 14"-18" totals. My prediction was also 3 days before the event, that proves how my hardcore research pays off. And that is why you may see such under predicted totals. So remember to check in tomorrow for the final forecast 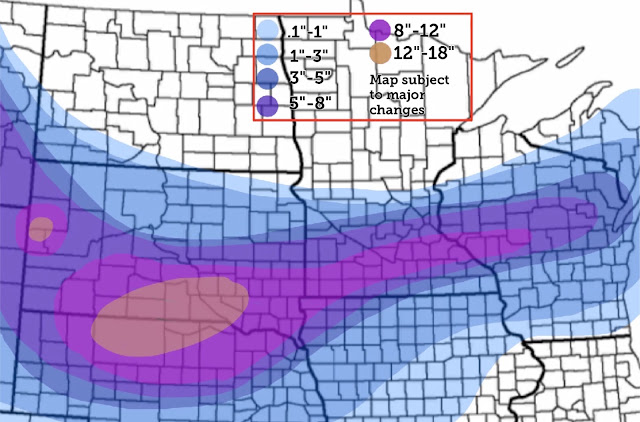 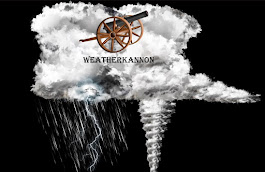